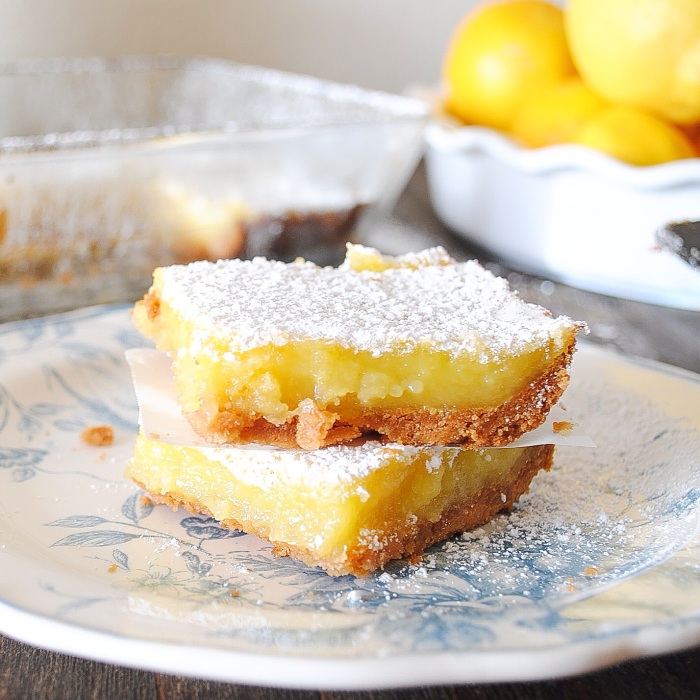 I’ve professed my love for Tartine many times in the past. I’ve been to their bakery once and have their baking book. In my spare time, I love flipping through the pages and looking at their pictures.

During winter break, I attempted to make these lemon bars but failed quite miserably. I didn’t allow the crust to fully brown and the lemon mixture also leaked into the crust. When I took it out of the oven, it looked like a shortbread cookie that was surrounded in a goopey lemon mixture. It was an epic fail and it ended up in the trash can. 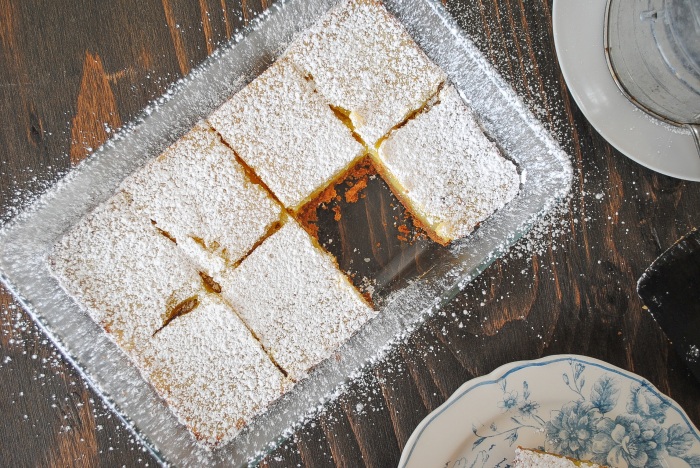 When my friend gave me a large bag of lemons last week, I decided to give the recipe another try! In fear of failure part two, I cut the recipe in half. I did not want to waste the ingredients in case I failed again and had to throw everything away.

The outcome could not have come out any better than it did!! My favorite part about this recipe is the crust. Compared to other lemon bars, the crust is full of flavor and is crispy and flaky. There is so much flavor and the ratio of crust to lemon is perfect. It is not overly sweet but is just enough to offset the tang from the lemons.

First, mix together the crust in a stand mixer. Press it evenly into a buttered pan. As I mentioned, I cut the recipe in half so the proportions below are less than what the actual recipe asks for.

Grab a piece of parchment paper and lay it on top of the crust. Smooth it over the top so the crust is smooth and pour in the pie weights. My pie weights are green beans :) 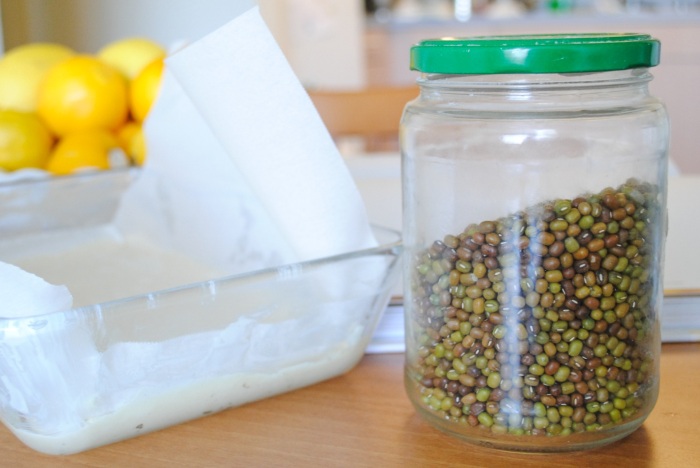 While the crust is baking, make the filling. In one bowl, sift together the flour and sugar. Zest the lemons and squeeze out the lemon juice. I thought the recipe would use more lemons but these ones were extremely juicy and I only needed 2. Add it to the flour sugar mixture and whisk until smooth. In another bowl, crack and whisk together the eggs. I like to use my pyrex measuring cups to mix everything in because it makes pouring easier. 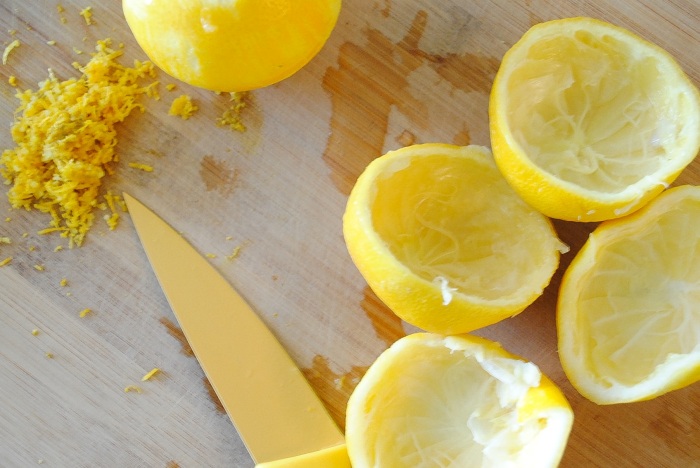 Add the beaten eggs and whisk until well combined and wait until the crust is deeply golden brown.

If the crust is done before the lemon mixture is ready, you can take it out to stop it from baking. BUT, if you take it out, make sure that you put the pan back into the oven to get really really hot again before you pour the batter in. The first time I made this, I didn’t allow the pan to get hot enough and when I poured the batter in, everything soaked through the sides and into the crust. By having the pan and crust really hot, the batter will sizzle and almost cook when it reaches the sides, preventing the filling from sinking down between any cracks.

Once it is done baking, allow it to completely cool before slicing. After it is sliced, dust the top with powder sugar and enjoy!!

These lemon bars were actually a lot easier to make than I thought. I think the first time around, I just overthought it and made it more complicated than it had to be. These are moist yet crispy, sweet but not overloaded, and lemony without any bit of sourness!! You have the perfect balance all in one bite! 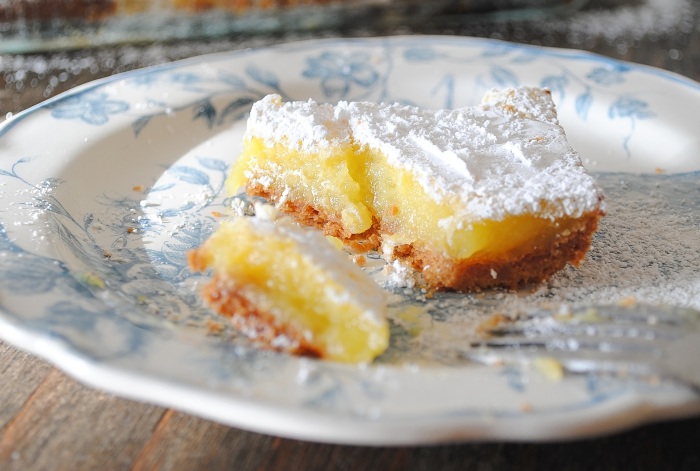 Adapted from Tartine by Elisabeth M. Prueitt and Chad Robertson

To make the crust, sift the icing sugar, flour, and salt into the bowl of your stand mixer. With the paddle attachment, mix on a low speed to combine.

Add the butter and mix on a low speed just until a dough forms. Put the dough in the pan and press it evenly into the base.

Line the crust with parchment paper and fill with pie weights or dried beans. Bake the crust about 30-35 minutes, until it evenly colors and is a deep golden brown. Mine actually took 40 minutes.

While the crust is baking, make the filling. Combine the flour and sugar in a large mixing bowl. Add the lemon juice and zest and mix to dissolve the sugar.

In a separate bowl, whisk the eggs and the egg yolk with salt. Add the eggs into the lemon and sugar mixture and whisk until well combined.

Once the crust is golden, pull the oven rack out of the oven slightly and pour the filling into the crust while it is still in the oven.

Allow the bars to cool completely, then chill well in the fridge before cutting. Dust with icing sugar to serve.