Summer is here, and so is camping season. Even though California no longer allows fire pits in fear of forest fires due to the drought, summer screams for s’mores! 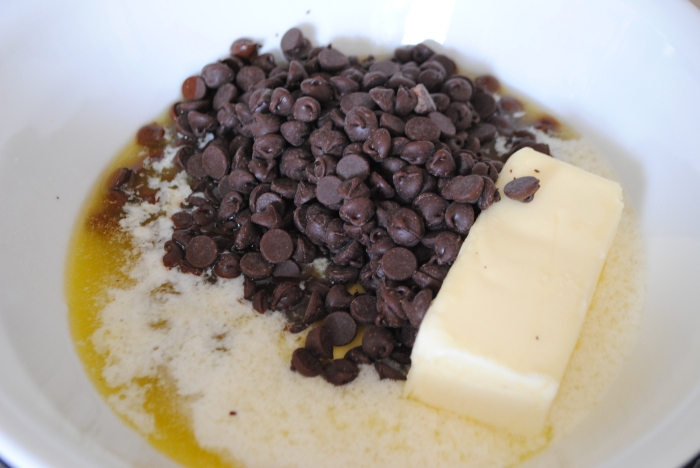 First, you want to melt the butter and chocolate over a double boiler.

While that’s going, whisk together the eggs, sugar, and vanilla in a separate bowl and set aside. 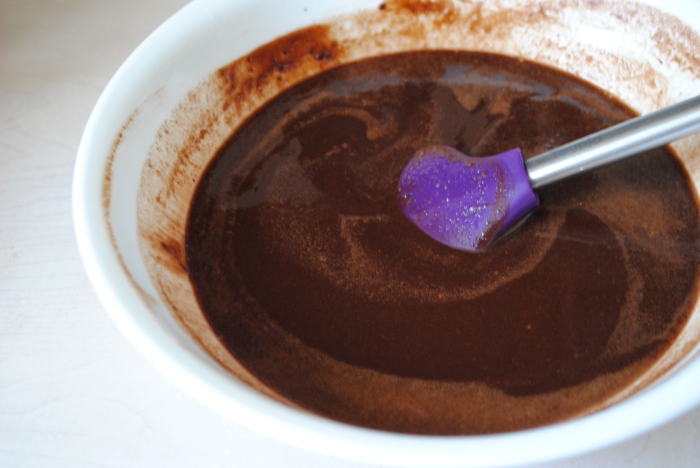 Once the chocolate and butter has all melted to form this silky texture, remove from heat and set aside to slightly cool. 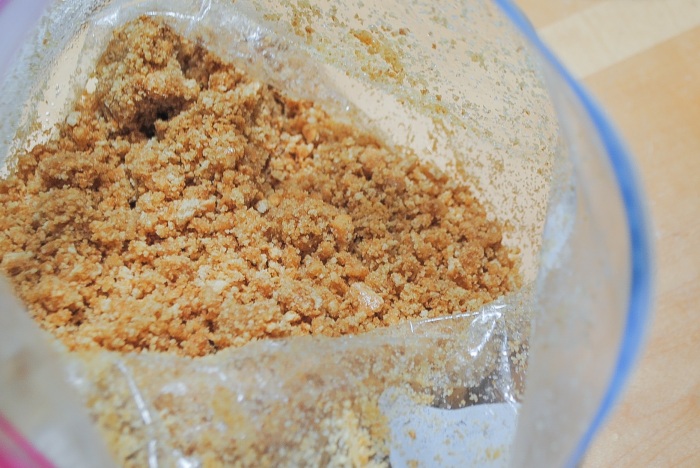 As it is cooling, prepare your graham cracker crust and bake until the top is golden brown. 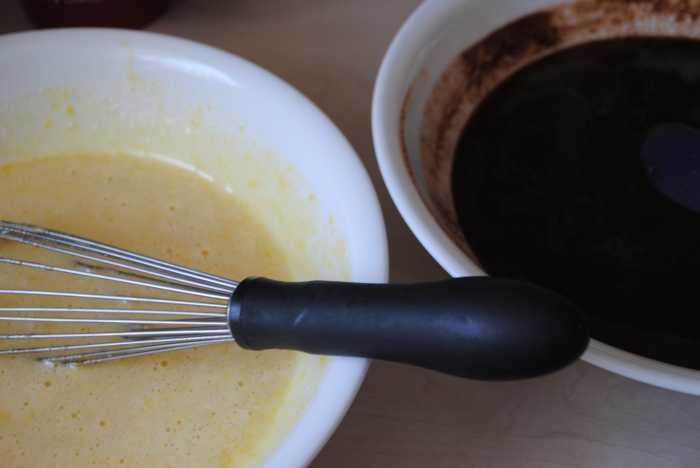 Now while the graham crackers are baking and the chocolate has slightly cooled, whisk together the egg mixture with the chocolate mixture.

I didn’t realize how much batter I would be making! Should have used a larger bowl…. 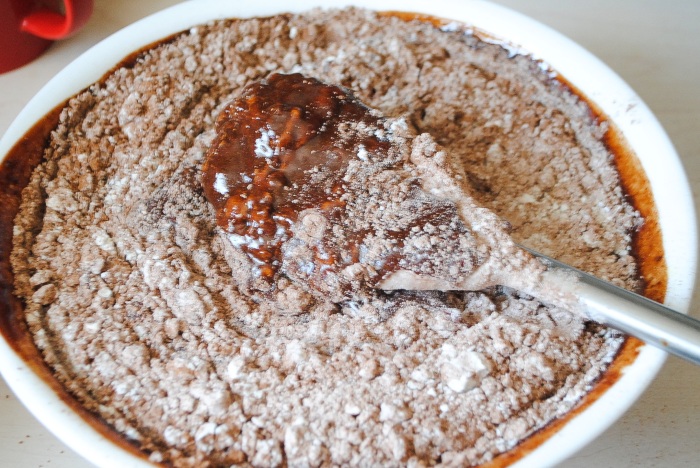 Next, sift in the dry ingredients and fold it together until just incorporated! 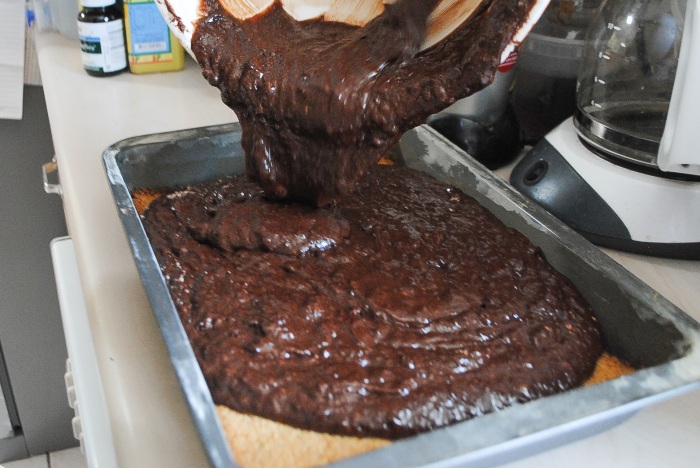 Pour into your baked graham cracker crust and bake until an inserted toothpick comes out clean. 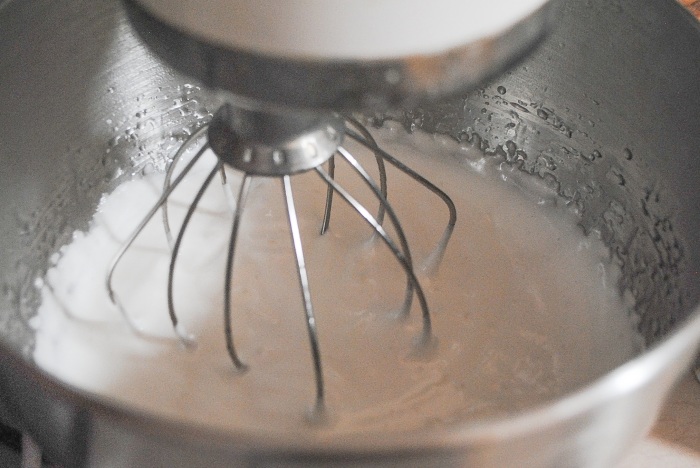 As that is baking, make the marshmallows.

The brownies will be a very long bake– 1 hr 20 minutes to exact.

Pour on the marshmallow fluff and allow it to set for about 20 minutes in the refrigerator. Then, set it in the oven under a broiler for it to turn golden brown. Make sure you watch it at all times as it will quickly burn! 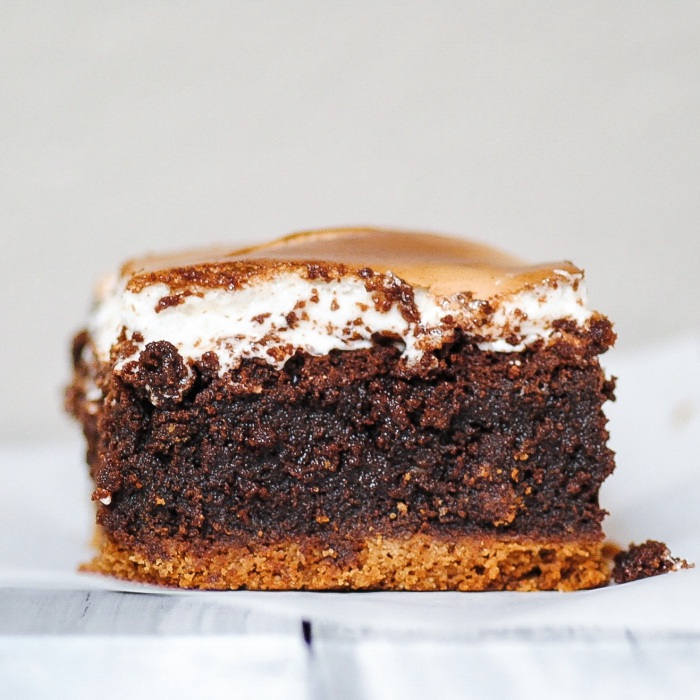 Butter and flour a 9X13 inch pan. Line the bottom with parchment paper, set aside.

Preheat oven to 375 degrees. Place graham crackers into a large gallon freezer ziplock bag. Finely grind and crush them with a rolling pin until almost powder consistency. Add sugar and melted butter and toss around in sealed bag until fully incorporated. Pour out into prepared pan and using the bottom of a measuring cup, firmly press the mixture into the bottom of the pan, creating an even layer. Bake for 12-15 minutes until it is golden brown and toasted.

recipe adapted from, From the Kitchen Table

***The conversion from metric grams to US cups are the closest approximation. If possible, use the metric gram unit for more precision**

Put the sugar in a separate bowl and beat together with the eggs and the vanilla extract. Slowly mix in the melted chocolate and butter.

Sift in the flour, cocoa and salt and then fold together until just incorporated.

Pour into the prepared baking tin and spread it into an even layer.

Bake for 1 hr to 1 hr 20 minutes until the surface is flaky and cracked. Leave to cool before adding the marshmallow.

Combine the water, corn syrup, and sugar in a saucepan. Bring to a boil until “soft-ball” stage, or 235 degrees on a candy thermometer. Meanwhile, sprinkle the gelatin over the cold water and let dissolve. Remove the syrup from the heat, add the gelatin, and mix. Whip the whites until soft peaks form and slowly pour the syrup as the whites continue to beat. Add the vanilla and continue whipping until it has thickened.

**Tip: To see if the sugar syrup has reached a soft ball stage, fill a ramekin or small tea cup with room temperature water. Take a small spoonful of the syrup and drizzle some in. With your finger, you should be able to pick up and form a small, soft, malleable sugar ball in the water. If it dissolves into the water, it is still too soft. If the ball formed is not malleable and too rock solid, it has become a “hard ball” stage and cannot be used.

Spread onto the slightly cooked brownie, then allow it to set for 10-20 minutes. Place it under a broiler in the oven and allow it to brown on the top. Make sure to keep watch as it can easily burn!